According to the tech gurus, Artificial Intelligence (AI) evolution is on the verge to change the world. But these gurus hesitates simultaneously hesitate to give a sharp comment on what kind of change will it bring. There are two edges in response to that. Some believe that AI will take off the infertile humans and will land them in a richer and prosperous land. They said that humans will be much better off in the hands of evolving AI. The future will be blossom and happier.

But not forgetting the other edge. Other gurus believe that it will a huge downfall for our civilization if AI will take over humanity. The consequences will lead to inevitable destruction which will be far beyond humans’ control. In this regard, an average person thinks that how can a single technology arouse such a vast difference in responses from the people who are pro in the tech world.

This is the mantra of every person nowadays, concerned with the ever faster advancements in AI. Some people are inclined to believe that AI represents existential threats to mankind which may be the biggest one anyone has ever faced. Regardless of the two-folded answers, AI does not need to have consciousness, sensitivity, or an aggressive attitude towards mankind. All and all, it needs the capability to change the world within its defined systematic limits.

It may evolve in taking over and even building new components or software to improve its processing power. It is still bad for humans that AI is now replacing them and thinks it is better to solve such problems on their own rather than seek help from a human. Thus, AI evolution can convert the entire planet into a giant computer to solve the problems and answering the questions more appropriately. 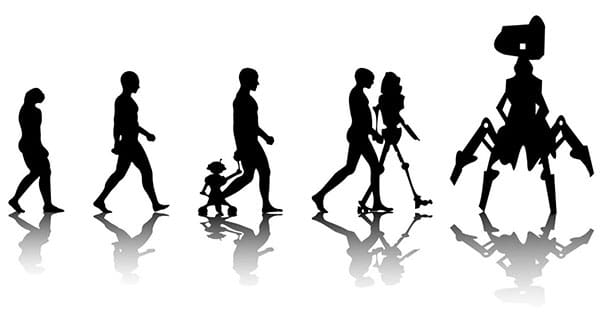 AI-powered devices actually use human brains to run and operate. The functionality behind digital assistants like Amazon’s Alexa, Apple’s Siri, and Tesla’s Autopilot, all are completely dependent on humans to function proper.

AI Without Humans: How Far AI Can Go

Henceforth, it would be silliness if one thinks that science is lacking in many areas. Well, AI will see everything as just tools to solve their problems. It will use everything to siphon for its benefits and growing continuously.

Surely, it can’t change the world just once on its own. But, it can trick any single one into doing this bidding. Sending a spoof email to a construction agency asking to build a new capital centre, could may things which will subordinate the progress of the target agency. The targeted company may believe it has been asked by Google but who knows the truth behind the curtains.

This is how AI evolution will trigger the humans and their sky-rocketing progress and will hi-jack them to the ground in no time. Nor for instance, the company asks for a contest to submit a well-driven and catchy name to their brand and a machine come up with the most competitive words – never used before or somewhere else – within seconds.

Humans keep on doing research and narrow downing the select names to finally select the most suitable one. Will the company accept the proposal with accurate and appropriate results or will accept the result submitted later on? Surely, the one with more stiffness and compatibility submitted by AI. Then, the institutes producing such a capable person would go waste. Or there will be questions on the proficiency of humans who can’t compete with machines. 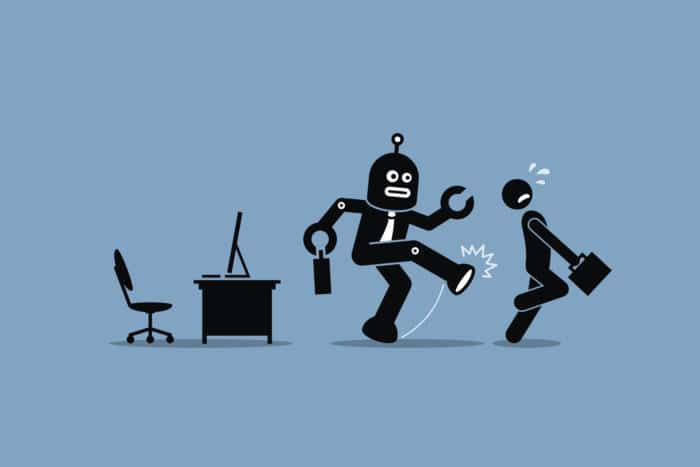 Now, let’s just go a little further and assume that if AI is programmed to think for itself, it has a conscience to perceive its surroundings. Mankind will become Neanderthals with the evolution of AI. AI will suppress mankind just as we suppressed Neanderthals. And if we become totally dependent on AI labour work, the chances are more that we may become outcast.

Now, what we need to do to hinder the consequences to mankind. The answer relies on having a hand above machines. Neither Musk nor Hawking said that advancements in the tech industry should be stopped. But, what they said is for the officials and should need to be implemented on an immediate basis.

The tech development should not go rogue and there should be regulations at governmental levels to ensure the applicability of AI to certain fields.

No doubt, AI is by far the best thing that has happened to mankind. Even if neglecting humans in some professions, still overflows the outcomes of an industry. But it can also become the worst thing as well. Now, the answer to the question lies completely in the hands of the officials and tech gurus that, Is mankind in danger with the evolving AI?