Some 5 decades before, AI was known to fewer people. It was just the name of the virtual reality of something we don’t know. But with the advancement of time and tech, it becomes common among all nations. Now, we rarely met anyone who has not heard of AI. The term AI was first devised at the Dartmouth Conference 1956 about 60 years ago. Since then, during the early ages, AI applications have risen modestly due to a shifting focus on AI software tools and techniques joined with commensurate improvements in hardware. But modern advancements in computing and algorithms have turned artificial intelligence into a more practical reality.

This is the realm of science fiction in which we know AI is functioning in self-driving cars, online shopping cars, manufacturing robots, and whatnot. AI-based solutions are the pivotal node in almost every field.

Even though, in this fiction, we need to distinguish facts. But AI is still far from ruling over the world. AI still can’t function without the integration of human cooperation. AI without humans is just a piece of a machine that can’t work on its own.

Almost every big enterprise is using AI to automate its processes and require fewer humans to work. But still, they need humans as a part of that AI. In America, some largest financial institutions have employed non-engineers as a part of their AI systems who consult with banks.

Our increasing demand for services is the main reason that AI constantly needs human brains. We ask more and as result, the computer algorithms need more human cooperation to run. But the co-working of both enhances the effectiveness and efficiency of a company.

Human In The Loop

Humans play significant roles in the process of AI and the human loop.

Humans need to be active 24/7 in order to highlight any error immediately. These steps improve the accuracy of future results. This is called “Human-in-the-loop” model and many current well-known AI apps are functioning through this.

The Pushed Name of AI

Everyone loves to see science fiction movies based on AI and human wars in which the climax is not AI-friendly. In science fiction, technology is never harmless. For instance, the AI toaster may rebel against toasting bread.

These may be mere stories but we need to learn some lessons from them. Many scientists like Elon Musk predicts an AI-induced WWIII which makes us even scarier. These stories are exaggerated but AI surely has some legacy obstacles to overcome to function on its own.

There are many platforms where human interactions are needed to fix the problems created by AI and constantly need humans’ back-support for flawless functioning.

The American video-sharing website YouTube faced huge backlashes every single day. There are many renowned vloggers who allegedly post such a video which causes trouble or disregard in some communities.

The public gets outcry over any false video content for which it needs to get down from the website shortly. But during this time these websites’ AI-based algorithms determine the “Trending” section of that content.

Instead of censoring the video, its algorithms started promoting it to millions of viewers and here human plays a vital role in shifting the trends to other contents.

This AI reliability problem is not with YouTube only, but it’s an issue across all social media sites. If any false thing happens, Facebook and Google overloaded with conspiracies, images, articles, and videos portraying the event as paid actors started to trend on these sites.

Hence, these sites started to remove the unsubstantiated claims and news from showing up in user’s search feeds.

It was a dream to have a self-driving car a long time ago. But as AI reshaped everything, we are now seeing self-driving cars in the market. These cars monitor your hands and eyes to make sure you are fully attentive and are paying closer attention to your drive.

In the case of a mistake, a person in the driving seat is supposed to make a decision to eliminate the mistake. Such feedback also provides the car an opportunity to learn from the human. A self-driving car has five levels. Today, most cars are in between level two and level three where the presence, attention, and involvement of a driver are necessary. 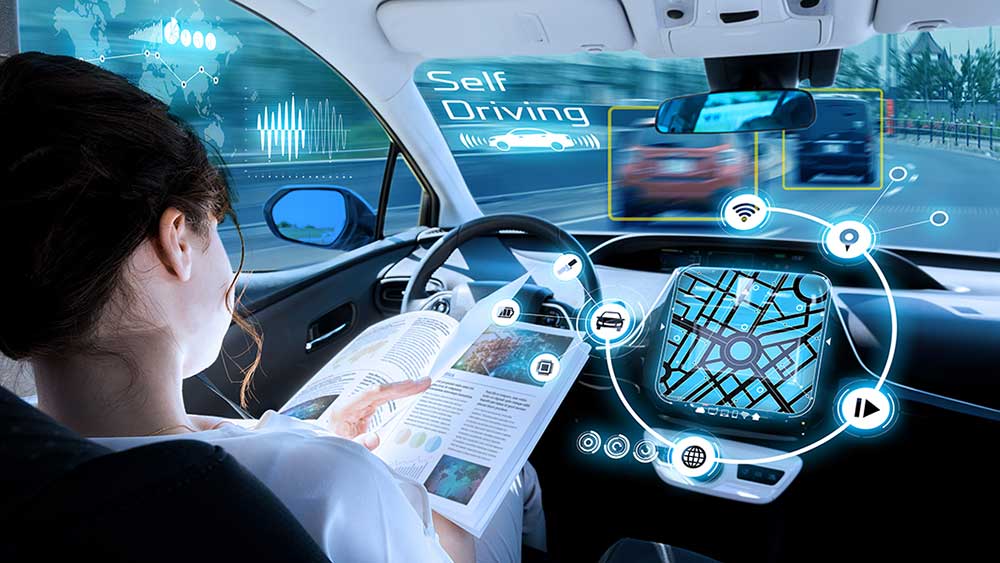 There are many ATMs today which can read amounts from the handwritten checks using the AI and Optical Character Recognition (OCR) technologies. In case of inability in recognizing the handwriting, it flags the check to be manually inspected which is done by a teller.

The machine uses these corrections to upgrade its system which they can use in the future to recognize the handwriting patterns to read more accurately.

If we look at the benefits that AI has given us, we will definitely mark it on position one. But at the same time, the working hands of these AI are no doubt humans who programmed them to function accordingly. So AI without humans will be devastated and cannot run even a single day with the programs coded by humans.

What if there’s a bug or virus in their functioning? Then who can remove it?

I know you know the answer. So, keep silent, let’s just play our role, and enjoy AI.